What is this plugin?

Gaining an intuitive understanding for NURBS is difficult without directly seeing the effects of different control point position, weight vectors, and knot vectors.

This grasshopper component allows you demonstrate NURBS curves by specifying the degree of the curve, control points, weight vector and the knot vector.

This allows the user to see NURBS curves in its most general sense.

what is De Boor’s Algorithm?

De Boor’s algorithm also works for NURBS curves. We just multiply every control point by its weight converting the NURBS curve to a 4D B-spline curve, perform de Boor’s algorithm on this 4D B-spline curve, and then project the resulting curve back by dividing the first three components with the fourth and keeping the fourth component as its new weight.

The python source code is available at github

Demonstrate a NURBS to fit circle

what is bezier curve

The mathematical basis of the Bezier curve - the Bernstein polynomial - was known as early as 1912, but it was not until approximately It was 50 years before French engineer Pierre Bézier applied these polynomials to the graphics and advertised them widely, and he used them to design car bodies at Renault. These curves were first studied in 1959 by mathematician Paul de Casteljau using de Casteljau’s algorithm was developed as a numerically stable method for evaluating another French automotive Bézier curve from the manufacturer Citroën

The Detail of Bernstein Polynomial: http://www.ikuku.cn/post/1872817

The mathermatical formula for bezier curve 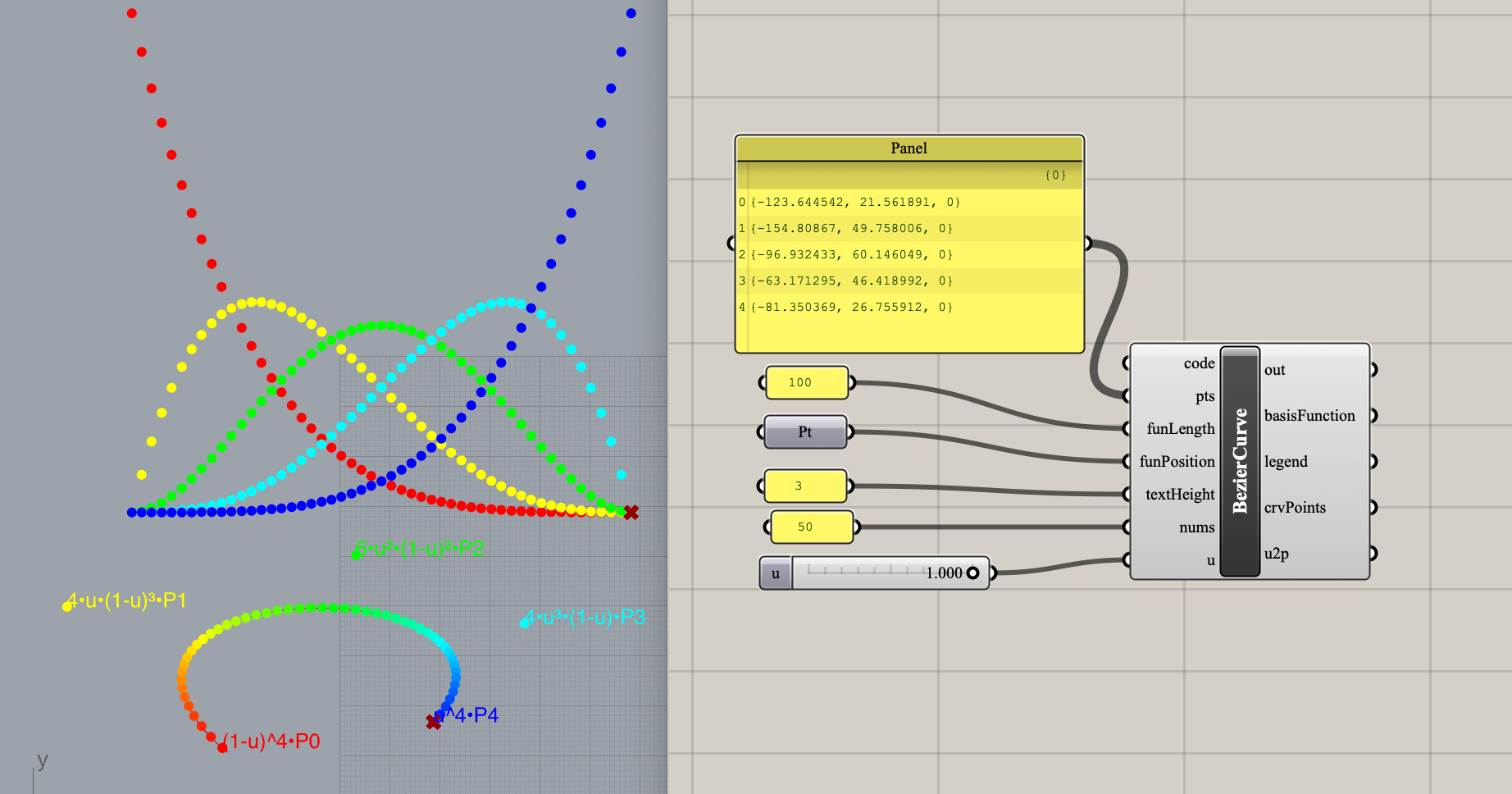 You can redistribute it and/or modify it under the terms of the GNU Lesser General Public License version 3 as published by the Free Software Foundation.

No comments found for this article.

Join the discussion for this article on this ticket. Comments appear on this page instantly.

Like what you read? It takes lots of coffee!